A brilliant performance last night by Trevor Noah on The Daily Show. Not surprisingly, he took on the whole Trump-NFL business in great detail and biting wit. Here’s a sample:

The opening monologue was even better:

One of the comments that really stuck out for me: “Just so we’re on the same page, when Nazis were protesting in Charlottesville, Trump said, ‘some of these were very fine people, very fine people. And aren’t we all Nazis really? Aren’t we all, huh, in some way?’ But then when black football players protest peacefully by taking a knee during the anthem, he calls them sons of bitches who should be fired?” Noah also pointed out that if Trump was really upset about disrespecting the flag, why wasn’t he outraged by the Confederate flag waved at rallies?

In addition, the Sept. 25 episode of Pardon the Interruption began with a four-minute segment about . It’s not unusual for co-hosts Tony Kornheiser (Jewish) and Michael Wilbon (African-American) to differ on issues. Wilbon said he was amazed that players should feel the need to protest in 2017. Kornheiser — citing his own heritage — noted that Wilbon’s ancestor probably came to America as slaves while “his people” came willingly, most likely because other countries did not want them. Kornheiser said he thought the flag and anthem should be respected but fully agreed that the tenets of the United States say that we have the right to free speech and it’s our right to protest.

I heard about this Facebook post by Dan Rather on PTI and thought it was worth pasting in its entirety.

It’s football Sunday, and I have a pit in my stomach, and a sickening sense of deja vu. Who knows what the day will bring?

I do know the source of my disquiet. It is the stench of bigotry as a demagogue stirs the potent cauldron of racial division. I want to say, this is so unnecessary. We have so many other things we should be worrying about. But of course now this is real, and it must be called out. This is an age when no one can be neutral. To remain silent in the face of race-baiting is to be complicit. And I have seen the cost of complicity. It is ugly.

On Friday night, and then in a chain of tweets (what else) President Trump targeted African American athletes for provocation and ridicule. He has called into question their Americanness, as he called into question the Americanness of his predecessor President Obama. Perhaps what is saddest about this moral cowardice is that Mr. Trump may derive some political gain from these attacks amongst his supporters, but he fails in the test of leadership. Big time. For a President to be doing this – pouring gasoline on the embers of racial resentment – is really unspeakable. Instead of trying to reduce the potentially explosive emotions about race, he is trying to exacerbate them for his own gain.

I have seen this game plan before. My mind is transported across the decades. I hear the adjective “uppity”, and much worse. I see the mouths of authority curl with disdain and mutter “what do you think you’re doin’, boy?” – the last word spit out in disgust.

I feel time click into rewind, to when African Americans weren’t thought of as being “smart” enough to play quarterback, to when there was a “gentlemen’s agreement” amongst college basketball coaches to the total number of African American players on the court. Backwards still to all-white teams, and all-white leagues. I remember Jackie Robinson, and a time before someone of his skin color dared to think he could earn a living as an athlete in the United States.

I know this history. And so does Donald Trump. He understands how salient the trope of the “angry black man” is. It was said of Dr. Martin Luther King, Jr. and other now-revered leaders of the civil rights struggle. It is so ingrained in our history that it can become resonant even in those who say they aren’t bigoted. So Mr. Trump plucks at it. He knows that he can use the American flag as a symbol of division and not unity. So he sows that thought.

I grant that there are many who are offended by players taking a knee during the National Anthem. That is their right, as it is the right of those who protest to have their speech protected. This is how we discuss our differences peacefully in a democracy. But calling out these players as S.O.B.s (but using the actual profane words) who should be fired, that’s a pointed attack on our Constitutional rights. And it is summoning the dark shadows of centuries of racial stereotyping. Let’s just say I have seen plenty of white S.O.B.s in sports who have been given awards rather than pink slips.

President Trump is not trying to win over the majority of the American people. He wants to animate his base and bask in its approval. Will his supporters in Congress continue to stand by in tell-tale silence? Will his donors, including some of the owners of professional sports teams?

We are not a nation of majority bigots. The strident ranks of the intolerant can be overwhelmed by enough people agreeing that this is not who we are, or who we want to be. Mr. Trump’s cheers can be drowned out by a chorus of justice.

And one final thought, we have seen these distractions before. As Mr. Trump dominates the news cycle over race, as he issues bellicose threats to North Korea, one wonders what bombshells may be brewing in the Russia investigation, which seems to be gaining speed and scope.

Frankly I don’t know what to make of this…

According to the story in today’s New York Times,

Hill, who co-hosts the 6 p.m. “SportsCenter” program, called President Trump a white supremacist on Twitter on Monday, adding: “Trump is the most ignorant, offensive president of my lifetime. His rise is a direct result of white supremacy. Period.”

It didn’t take long for the White House to complain about the attack on Trump’s good name.

“I think that’s one of the more outrageous comments that anyone can make,” Sanders said Wednesday during a press briefing, “and certainly something that I think is a fireable offense by ESPN.”

First of all, shut up, SHS. Unless the White House owns ESPN or you’re picking up a few extra bucks moonlighting there, you don’t know what their policy is about fireable offenses. 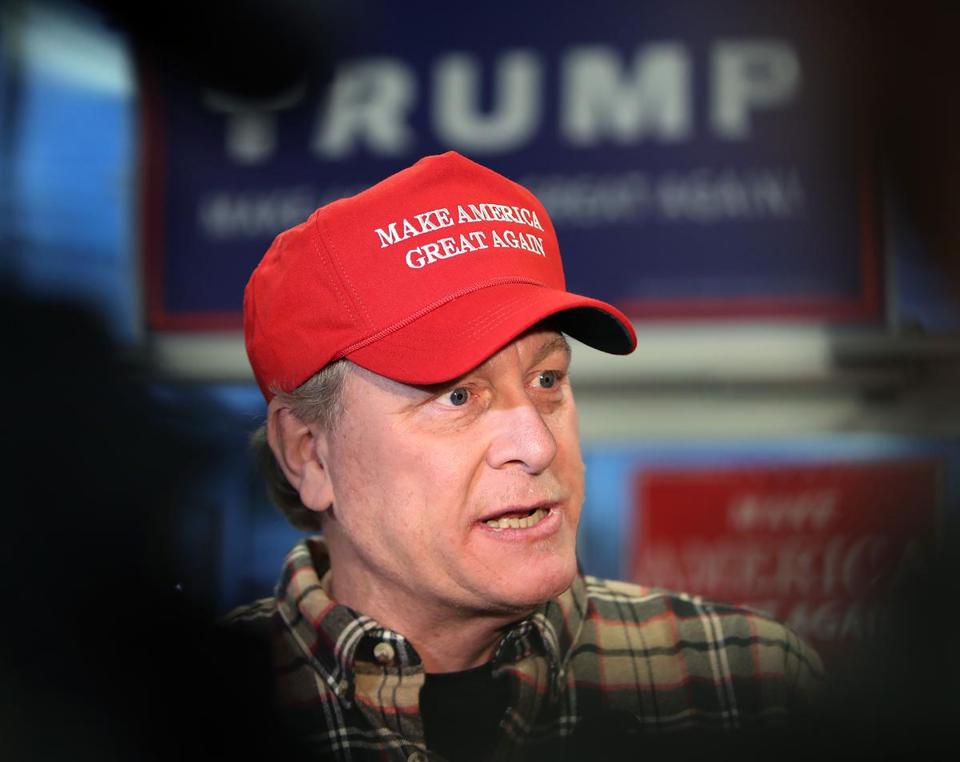 Now, those of you who have followed my humble posts here and elsewhere know I have no love for Trump and his misanthropic minions. But does one have the obligation to be totally fair or just when it comes to supporting their particular point of view? Devil’s advocate time. Curt Schilling — the former pitcher and ESPN baseball analyst — was fired last year for comments he posted on Facebook regarding a North Carolina law that barred transgender people from using bathrooms and locker rooms that do not correspond with their birth genders, according to the Times‘ story posted April 16. This was just one of his unenightened musings (See? There I go again, being a snowflake.)

Those who profess a love of free speech balance on a razor’s edge when it comes to what is acceptable and what isn’t. I don’t remember if Schilling’s post came from his private account or one under the aegis of his employer. Either way, should someone lose a job for expressing an opinion? Political pundits do it all the time (see any of the cable news channels for examples), but that is in their job description; that might not be in the case for folks like Schilling and Hill, although according to today’s article, “The network has reoriented its programming more toward opinion and debate, encouraging some hosts to veer away from sports. Hill’s “SportsCenter” often mixes sports with social and cultural topics.”

Both ESPN and Hill issued statements that her remarks were totally her own and did not represent those of the network. ” Hill posted on Twitter:

I’m still conflicted and confused: Is there any “free speech” right/consensus/etc. which makes it acceptable for groups like the KKK and neo-Nazis to spew their bile? (I don’t know how the ACLU does their work at times). On the surface, it seems not. But where does it stop when it comes to censuring — and censoring — thoughts with which you might disagree? If ESPN could fire Schilling, why not Hill?